I want to continue making shoes that, at first glance, are both understated and elegant. 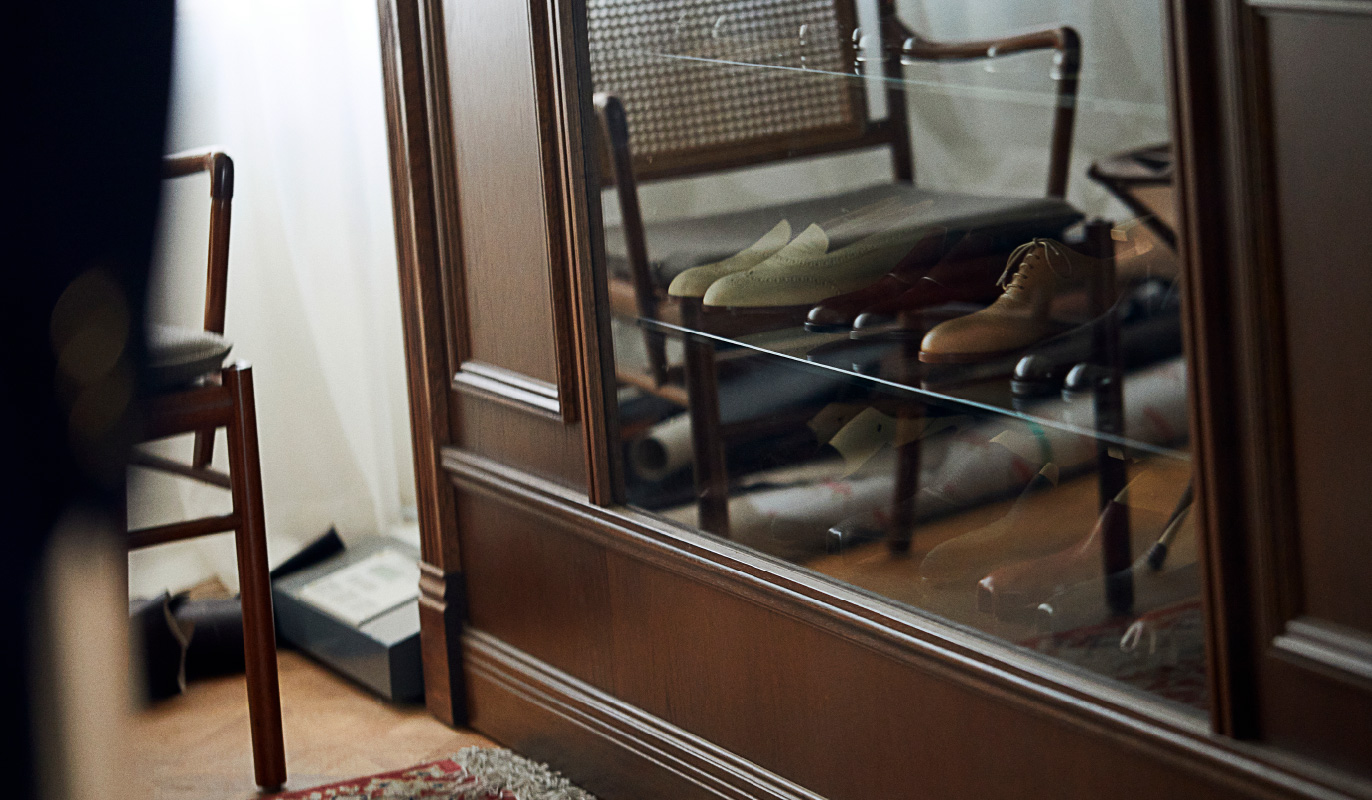 Kawaguchi was fixated by British fashion and culture since he was a teenager. After graduating from University in Japan, he entered the vocational school, Tresham Institute in Northampton. There, in the global epicenter of shoemaking, he learnt the basics of ready-made shoes and the methodologies for their construction.
A bespoke pair at the Northampton Shoe Museum awakened him to the world of bespoke shoes. It was a simple oxford made in the 1920s and 1930s with an aura that was clearly different from other shoes. The leather, shape, design and balance of the last. Modest and dignified.
Kawaguchi became totally enamoured by the fact that such a seemingly simple item carried such complex and superior craftsmanship. From that moment on, he immersed himself in the world of bespoke shoes.
After graduating in 2003, he continued to study shoemaking (together with his wife) under the esteemed artisan, Paul Wilsom. Paul was an outworker for bespoke shoe houses like George Cleverley and John Lobb Paris. Kawaguchi learned the art of bespoke from absolute scratch. Meeting with bespoke clients, meticulously taking measurements, shaping the wooden lasts, learning clients’ preferences and deciding on models and materials. Soon enough, full bespoke orders were made and he found that being very particular about fitting was rewarding.
After working freelance and moving to London in 2007, he joined the team of Tony Gaziano, who at that time was the manager of Edward Green’s Bespoke division.
In 2008, Kawaguchi returned to Japan and continued his career as an outworker for Gaziano Girling.
Three years later, in 2011, he founded his own brand, Marquess with an atelier in Central Tokyo.

During my time in England, I saw and handled countless shoes that were well worn but clearly well loved throughout their years of use. The process of caring for and wearing one’s shoes is, to me, beautiful. It is an important ritual that I hope my clients will value just as much as they do receiving a new pair I have made for them. Unassuming shoes that one can take pride in, care for, repair and use often - this is my vision for the shoes I produce.

Appointment only for ordering bespoke shoes. Please email or call us for more information.We very much hope that we may be of service.

Please kindly note that we might be closed due to circumstances.